“I get to lean into my happy”


“It’s amazing to wake up every morning with another sense of purpose outside of yourself.”


“Giving up is not an option. Too many people would be let down. I couldn’t put my head down on the pillow tonight if I’d quit.”


I don’t know where they or I got the energy, but a few of our most interesting Chef Cycle riders agreed to sit down for a podcast episode just a short while after getting off their bikes on Day 2 of this year’s ride. Listen in on Krista Anderson of New Seasons Market in Portland, Oregon, Hugh Mangum from Mighty Quinn’s New York Barbecue, and Ed Doyle from Real Food consulting. They talk about not only what the riders have done for the cause of ending childhood hunger, but also how their own lives have been completely transformed.  http://addpassionandstir.com/why-not-just-write-a-check/ or on iTunes at https://itunes.apple.com/us/podcast/add-passion-and-stir/id1164624510?mt=2

Posted by Billy Shore, Bearing Witness at 5:39 AM No comments:

Doubt is my constant companion but its better than riding alone

The post-ride massage room at the Flamingo Hotel looks like a Civil War hospital. Bodies everywhere. Some on tables. Others sprawled on the floor. A few slumped in chairs along the back wall. Soft moans and groans. Grim negotiations about whether a knee, quad or hamstring can be taped and saved for the next day’s ride. The weird part: everyone is having the most fun they’ve ever had.


A delicious dinner is served at 6:00 p,m. in the parking lot. By eight o’clock, tables and chairs are nearly empty. Though still light out, a hush falls over the Flamingo. Even the healthiest, most boisterous riders return to their rooms  The best therapy, and only chance of riding 100 miles again the next day, is a good night’s sleep.


I go to bed the first night certain I will not ride the next day and I’m okay with that. I’ve done it before, have nothing left to prove, my hamstrings burn, and Tom is harder to keep up with than ever (though kind enough to wait for me at the top of each hill). I keep thinking of friends who donated more than they could afford and so get back on the bike for Day 2. Doubt is my constant companion, but I guess it’s better than riding alone.


By Day 3, Rosemary and Nate have arrived. I figure he and I will bike to the first water stop together.  Worst case, by lunch at the 53-mile mark, he’ll be my ticket to a van ride back to the hotel.  But he wants to complete the 100 miles even though he’s never gone more than 30 before, and there are 5000 feet of climbs. Hadn’t seen that coming. No drama, just chatting and whistling alongside me, comparing notes on strategy for each hill until we cross the finish line nine hours after starting. Two days later I'm still dumbstruck - and tearing up every 5 minutes when he's not looking. 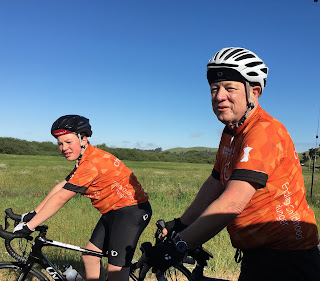 As with anything so challenging, there are important lessons.


First, as one rider said, you can accomplish anything when there’s a purpose. Share Our Strength provides it. Chefs Cycle riders have diverse backgrounds and political views. Rather than let that divide them, as often seen in America today, they unite in putting first the kids we serve. They see direct connection between riding and feeding children.


Second, both individually and organizationally, we are all capable of more than we think. Another rider, when asked his strategy, said: “it’s simple: refusing to stop, because where would that get you.” Same with our No Kid Hungry campaign.


Third, nothing great is accomplished alone – everyone had someone helping, coaching, cheering, or sticking by them.  Every rider, no matter how fast or slow, made a point of encouraging others.


Finally, we have enormous opportunity to be the organization that helps chefs and restaurateurs get healthy so that they are better able to take care of others, specifically America’s kids.  Every rider felt they were getting as much from us as they were giving. Chefs Cycle can be more than an event – it can be part of a larger lifestyle brand that builds even greater commitment to our work throughout the culinary community.  We still reach only a fraction of those who could be challenged to share their strength.


Once again the most impressive performance of all was on the part of our staff colleagues, too many too name here. Over long hours, they made the impossible possible by ensuring safe roads, supplying and supporting riders, anticipating every need. Every rider thought our team, not only did a great job, but were also representative of you and everyone at Share Our Strength. Thanks all. 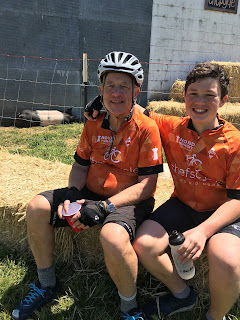 Posted by Billy Shore, Bearing Witness at 5:27 AM No comments:

One Of The Best Food Assistance Developments Of All: More Jobs 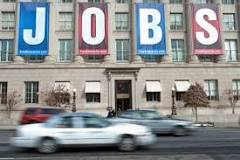 This past weekend almost every newspaper and news website in the country had at least one headline in common: the jobless rate of 3.9% is at a 17-year low after 91 straight months of job growth that began during the Obama Administration.  On top of the historic progress we’ve already made through the No Kid Hungry campaign, this may have as great an impact on childhood hunger now and in the years ahead as anything else we do.  When the number of unemployed is cut by more than half, and millions more are working, there are certainly many more parents able to feed their families on their own.


We tend not to focus as much on macro-economic trends as we do on school breakfast legislation, and new summer meals sites, but we should.  Those we serve are embedded in these statistics. Our work is not in isolation from but intimately connected to these economic forces, more so than most issues.  We’re in search of an economist who will share his or her strength by volunteering to help us better understand the correlations between employment and wage growth with childhood hunger.  For now, I urge all of us to keep at least one eye on the bigger picture.
Posted by Billy Shore, Bearing Witness at 8:29 AM No comments:

In just 10 days, Tom and I will be at it again – in Santa Rosa for our fourth 300-mile Chefs Cycle ride.  As we find our place among the pack of riders at all different levels, I suspect the words of English writer Samuel Johnson, spoken in a different context, would resonate with some observers: “it is like a dog’s walking on his hind legs. It is not done well; but you are surprised to find it done at all.”


You can hear Tom discussing the ride, in our newest podcast episode recorded after last year’s ride, along with chef Travis Flood, chef Jess Cerra ,and Arby’s Foundation president Stuart Brown  http://addpassionandstir.com/pain-in-the-legs-lessons-from-chefs-cycle/  or on iTunes at https://itunes.apple.com/us/podcast/add-passion-and-stir/id1164624510?mt=2


If you are feeling inspired, there is plenty of time to train for our Charlottesville ride in September. Check it out at http://www.chefscycle.org/ and please consider joining. For all of the talk of training and hills and pain, etc. it is mostly just incredibly fun.
Posted by Billy Shore, Bearing Witness at 6:04 PM No comments: