When All Else Fails, Give Bipartisanship A Try

The collapse of the Republican effort to repeal and replace Obama care has led to speculation in many quarters that as a last resort Congress might give bipartisanship another try. Many consider that wishful thinking if not hopelessly naive. But Share Our Strength’s experience with it’s No Kid Hungry campaign suggests that there are times when such bipartisanship can not only work but produce concrete results that measurably improve lives. 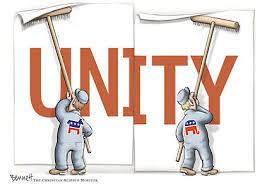 Granted that feeding hungry kids is more popular and less complicated than tackling health care. But it’s still dependent on legislation, government funding, and the commitment of state and local officials to executive efficiently and effectively.  For the past 10 years we have won the support of Democrats and Republicans alike making arguments that have bipartisan appeal:


-          That the return on investing in children pays dividends and saves taxpayers money in the long run.


Most important of all, we have resisted the temptation to attack those with whom we disagree. And the battles we’ve fought have been for the purpose of feeding kids, not for the purpose of strengthening our own political prospects.


As I said, that can sound naïve in today’s political culture. But the results speak for themselves: 3 million kids added to the school breakfast program, a majority of eligible kids participating in school meals rather than a minority, and childhood hunger at its lowest level in more than a decade.


It’s a sad commentary that in the health care debate, bipartisanship is considered only as a last resort. But at this point there is no other option.  And as we’ve seen in the effort to achieve No Kid Hungry, that can a be a good thing.
Posted by Billy Shore, Bearing Witness at 9:04 AM No comments:

This Saturday, July 15, is the 57th anniversary of John Kennedy’s speech at the convention in Los Angeles accepting the Democratic Party’s nomination to run for president. That must seem like ancient history, but one paragraph still points the way to the future both for our nation, and for Share Our Strength, given our bedrock belief that people want to be challenged to give of themselves. 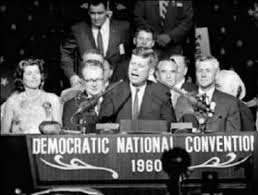 The paragraph is worth recalling because of how courageously different it is from virtually any other  political leader who has followed. Four months before his Inauguration Day call to “Ask not what your country can do for you, ask what you can do for your country”, candidate Kennedy foreshadowed that message with this passage:  “The New Frontier of which I speak is not a set of promises--it is a set of challenges. It sums up not what I intend to offer the American people, but what I intend to ask of them. It appeals to their pride, not to their pocketbook--it holds out the promise of more sacrifice instead of more security.”   http://www.presidency.ucsb.edu/ws/?pid=25966


Most political consultants working today, Democrat or Republican, would consider that heresy bordering on political malpractice. Campaign speeches promise tax cuts, entitlement programs, small business incentives, more benefits for the middle class.  “The promise of more sacrifice.”?  Have you ever heard such a thing?


More than half a century later, it takes a nearly cosmic leap of imagination to envision such sentiment in our political culture. But this belief in the capacity of our neighbors and fellow citizens to give of themselves remains alive in the DNA of Share Our Strength and goes to the heart of what’s made us successful – challenging people to share their strength, and as we’ve seen most recently via Chefs Cycle, the greater the challenge the better.


Deep down most of us know that what Kennedy said was right and necessary then, and now. There are no easy answers. No solutions that can succeed without more from us. Whatever you believe about the size and role of government, citizen engagement, in a democracy like ours, is essential to make it work.


You can read JFK’s words at the link above, or watch and listen @ https://www.jfklibrary.org/Asset-Viewer/AS08q5oYz0SFUZg9uOi4iw.aspx  They need no further interpretation from me. But I do have an accompanying plea: that you incorporate the spirit of asking more of yourself, each other, and all to whom we reach out, of setting the bar higher, into all that we do.
Posted by Billy Shore, Bearing Witness at 3:56 PM No comments: