With Food Stamp Bill the GOP Once Again Promotes Work Requirements That Don’t Work. “Just as good health is a prerequisite to useful employment, so is good nutrition. Making unemployment an obstacle to getting a decent meal turns this obvious truism on its head. But the advocates of the SNAP cutbacks plainly don't care. It's proper to remember that these are the same lawmakers who passed a $1.5-trillion tax cut for corporations and the wealthy.”  http://www.latimes.com/business/hiltzik/la-fi-hiltzik-food-stamps-20180418-story.html   Michael Hiltzik,  Pulitizer Prize winning journalist at the L.A. Times


A battle looms over proposals to cut the SNAP nutritional assistance program by more than $17 billion over ten years.  The proposed cuts are camouflaged in the form of work requirements. It is a necessary battle, but the wrong one. In addition to opposing such cuts, we should be insisting that our growing economy positions us to increase assistance to end hunger and conquer poverty. The modest benefits most SNAP recipients receive are too little to even last the full month.


The work requirement issue is a kind of sleight-of-hand on the part of those looking for politically useful wedge issues that divide rather than unite. The vast majority of food stamp recipients are children, elderly, disabled, or already working. So work requirements are not even relevant, except for a select few. However, they are an example of political misdirection, putting anti-hunger advocates on the defensive instead of championing the even more ambitious efforts needed.


The debate over SNAP and work requirements is important in and of itself. But instead of focusing on the small fraction of SNAP recipients who may be getting what some consider to be more than they deserve, our focus should instead be on the vast majority of SNAP recipients who are not getting as much as they need to lead healthy and productive lives.


Most of all, the SNAP debate is harbinger of whether our nation can come back together on behalf of values that have been so battered and stained - like treating people with dignity and respect.  SNAP is about more than feeding hungry Americans. It is about rebuilding community and national unity.
Posted by Billy Shore, Bearing Witness at 9:35 AM No comments:

Only You Can Get Me Up Those Hills

You can’t ride Chefs Cycle’s 300 miles and 15,000 feet of hills without training, and you can’t train only on the stationary bike in your living room while binge watching Netflix.  This year’s weather has not cooperated, but at some point I had to get out on the road. With less than 6 weeks left before the ride – that point was last weekend. Unfortunately, we were in Maine where it was not warm enough to melt all of the snow plowed to the side of the road and where the wind was strong enough to blow me back to the New Hampshire border.


I gambled that after a few miles my circulation would bring feeling back to my frozen arms and legs. Maybe by the time you’ve read this it will. At the 35 mile mark I reminded myself that mental training is as important as physical. I headed indoors for some quiet contemplation over a hot chocolate. 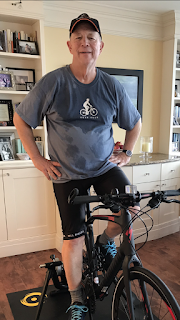 Completing three Chefs Cycle rides over the past three years should be a confidence builder - but that’s offset by PTSD’s grip on me since climbing the last hill of last May’s ride.  But two things will keep me going these next few weeks. One is your support. It is not only deeply appreciated but also motivating and inspiring.  The other is all of the kids who will get school breakfast and other nutritional assistance thanks to the more than $3 million we’ll raise between this year’s two rides. (Chefs Cycle has become so popular that we’ve added an east coast ride in September.)


A contribution at any level will be a big help. Go to: http://join.nokidhungry.org/goto/ridebillyride

Posted by Billy Shore, Bearing Witness at 4:44 PM No comments:

An Overlooked Law of Politics: Some Things are Just Not Possible, Until They Are


Count the Omnibus budget and spending bill Congress passed at the end of March  among the many surprises to come out of Washington these days.  Filled with domestic spending increases not thought possible until they emerged as a counterweight to the boost in defense spending the Administration wanted, the Atlantic called it A Domestic Budget to Make Barak Obama Proud. These included increases of $610 million in funding for Head Start, billions more for child care, and a rejection of efforts to eliminate funding for legal services, the National Endowment for the Arts, and other programs 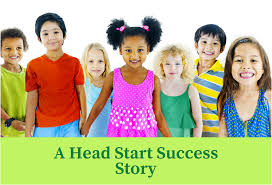 These impressive victories on behalf of the most vulnerable and voiceless are a great example of an often overlooked law of politics: some things are just not possible until they happen.  Failure of imagination is always the greatest risk.

Anti-hunger and anti-poverty advocates must do more than defend existing programs and advocate incremental fixes. Rather we must make the case for transformational change – ending hunger, eradicating poverty -  even if it comes with a significant price tag. That the road to such change is long and filled with potholes argues for starting down it sooner rather than later.


We learned that at Share Our Strength when creating the No Kid Hungry campaign. Putting a stake in the ground around ending childhood hunger, as ambitious as it seemed at the time, yielded unprecedented financial and organizational support, which in turn enabled historic results.  We’re not across the finish line yet, but participation in school breakfast meals is at an all-time high, and childhood hunger at a record low.

Successes at the state level point to federal opportunities.  As just one example, look at the role Maryland Meals for Achievement played increasing participation in school breakfast programs.  A national American Meals For Achievement program could provide funds to states to pay for costs and incentives not covered by school meal reimbursements. It could leverage local innovation and public-private partnerships to make school breakfast accessible to every child who needs it, and help No Kid Hungry across the finish line.

Big challenges require big solutions, which in turn require vision, courage, and imagination.. It may not seem practical in our current political climate – but the Omnibus spending bill signed into law reminds us that “politically practical” is overrated. America’s fundamental goodness has not evaporated over the course of a few short years.  Nor has America’s generosity. That they remain untapped is a failure of its leaders, not its people. If the people persist, the leaders will follow.

Posted by Billy Shore, Bearing Witness at 6:45 AM No comments: