Important news:  As you may have seen by now, yesterday the USDA’s Economic Research Service reported that hunger among children is at its lowest level on record.  For “Very Low Food Security”, the government metric that correlates closest to hunger, as opposed to “food insecurity” which is more of a socio-economic measure, “both children and adults experienced instances of very low food security in 0.7 percent of households with children (274,000 households out of 125 million households) in 2015. The decline from 2014 (1.1 percent) was statistically significant.”


This progress is the result of an improving economy and the higher participation rates in food and nutrition programs ranging from school breakfast to SNAP which we have worked so hard to achieve.

Needless to say, our work is still far from done, even more of the gap must be closed, and many of the gains we’ve made need to be protected and consolidated.  As the report explains in distinguishing between the hunger represented  by Very Low Food Security and the economic anxiety and deprivation represented by “food insecurity”: “Children were food insecure at times during the year in 7.8 percent of U.S. households with children (3.0 million households), down significantly from 9.4 percent in 2014. These households were unable at times during the year to provide adequate, nutritious food for their children.”   So we won’t be easing up any time soon.

But with 99.3% of American children NOT living in households that experience Very Low Food Security, this data offers a glimpse of a future in which Share Our Strength will celebrate the success of it’s No Kid Hungry campaign, and be in a stronger position than ever to support other critical strategies combating hunger and poverty.


Three links you will find of interest:

When the Geese Fly South and the Work Begins Anew

In late August at Goose Rocks Beach in Maine as we were sitting and chatting with friends one afternoon, Rosemary was first to notice a flock of geese flying south. They were high and far out over the ocean, flying left to right like the arrow in the Fed X logo. They confirmed what we already knew from the shorter days and cooler temperatures: summer was drawing to a close. The geese were just more businesslike about it than we were. 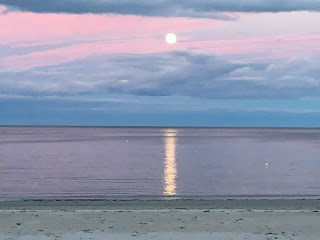 The flock Roe noticed was followed by another and another, as regularly as if spaced by Air Traffic Control. Each had as many as 40 birds, in classic V formation, each drafting off the wing of the one in front, and flapping wings in sync to catch the full benefit of the updraft. They take turns flying in the lead. Drafting in this manner saves between 20-30% of their energy. They go farther as a group than any ever could on their own.  Our favorite African proverb (“If you want to go fast go alone, if you want to go far go together”)  made literal by the aerodynamics of geese.


Much is still unknown about how geese navigate and communicate, but little needs to be repeated twice. Everyone stays in line. The trip is about survival. What drives their long journey is the same as what drives ours at Share Our Strength: the imperative of sustenance, feeding, food. The geese demonstrate an efficiency of flight, certainty of direction, and unity of purpose worth striving for as we return from the Labor Day break.
Posted by Billy Shore, Bearing Witness at 6:47 AM No comments: